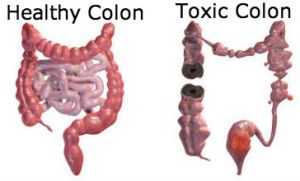 Shortly before they put me under for the colonoscopy, a huge dark-skinned black man wearing a shining white surgeon’s mask walked into the room. Built like a refrigerator, he carried a 60 foot long roll of thick black tubing. The nurse quickly covered my bottom (which she was lining up for the machine). “Who are you?” I asked the man. I was afraid he was going to say he was doing my “procedure,” but he said his name was Jay and he put the roll of black tubing in a closet (not in me, thank God). Then he left. The nurses said he was just passing through and, when they could stop laughing at the expression on my face, they apologized for his upsetting intrusion. “I’m not upset,” I said, also laughing. “Have you already started the drugs?”

I woke up during the exploration, and that was a surprise. Fortunately, I did not wake up to pain, just pressure and the sight of my innards on the television screen. I wanted to discuss the situation, but strong hands were pushing me around, trying to get me in the right position for whatever they or the camera was doing. The tiny nurse doing the hoisting said I was doing fine–and then I guess the other nurse put some more drugs in my IV because the next thing I knew was in “recovery.”

Here’s how the day went. First we sat in a waiting room with a bunch of people for over an hour, during which I went to the bathroom several times because the “prep” was still working. The bathrooms there have motion activated paper towel machines. Each time I washed my hands, I had more trouble getting the machine to give me towels. Waving my hands around to no effect made me so angry I wanted to scream and pull the machine off the wall, but I was so tired, hungry, and depleted that maybe small things seemed large.

Finally I went upstairs: no watch, no Kindle, nothing but me. This time I waited on a chair in a foyer. A woman from the miniature conference room came into the area crying hard, and I put my arm around her. She said she had to be strong, and I told her she didn’t have to be strong just then. One of the reception clerksgave her a box of Kleenex. Now I am worried about her and her family, wonder what her story is. She left, probably to put on a calm face while she delivered devastating news.

After a while a nurse took me to a toilet-equipped room, had me put on incredibly ugly baggy blue paper shorts, made the machine give me a paper towel, and started an IV. Then she parked me on a stretcher in a hallway beside another woman. (Someone brought me a HEATED blanket, which was incredibly kind.) I think my “hall mate” is the woman who hit my car last year, but I could be wrong. We were not at our best. She was waiting for a colon scan too. They had a small television on the wall playing a cooking show. Insensitive, that. At any rate, a nurse came for me while the fellow victim and I were complaining about the assembly line nature of our day at the hospital. I told the nurse that the other woman was there first, so it was her turn, but she said each doctor has his own room. Everything was so slow that I thought they had to share. I suggested that the doctors did not play well together. The nurse laughed and said that was true.

Unfortunately, the scan did show a polyp, but it is probably benign. Whatever it is, it’s gone.

I slept for almost three hours when we got back. Absolutely forbidden to drive the next day (which is today), I have a second day off. I wonder what will happen . . .

← Beginner blogging
After an Absence →

Spiritual Dimensions of the Law of Attraction. . .with Celia Hales

Daily Devotionals on Writings Received from the Celestial -- A COURSE IN MIRACLES, A COURSE OF LOVE, THE WAY OF MASTERY, and CHOOSE ONLY LOVE

The Art of Blogging

Horses, Life, A Touch of Geek

The latest news on WordPress.com and the WordPress community.